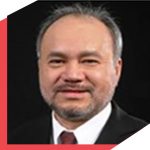 Gerardo A. Plana or “Gerry” as known to friends and colleagues has had more than 30 years in the field of human resource management and organization development.

At present, Mr. Gerry Plana is the CEO of Inspiring Partners, Inc. and A Professor, MBA at Southville International School and Colleges. 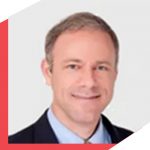 Tom Farmer is a global total rewards leader with a career spanning over 30 years. As a consultant, Tom has advised more than 150 organisations including several of the world's largest companies such as General Electric, Sinopec, Toyota, and Walmart, and led the rewards function globally and regionally in several industries. As an instructor, Tom has trained more than 1,000 HR professionals and 500 people managers on pay topics.

First published by the Wall Street Journal in 1987 (How to Evaluate Employee Benefits), Tom has been interviewed by the CNN and quoted by the U.S. Senate, The Washington Post, The Wall Street Journal, Business Week, and many other leading national media on various reward topics, and has spoken at numerous conferences in the U.S., Europe and Asia. His blog (www.freelancetotalrewards.com) has been read by more than 10,000 people in over 100 countries. He is a contributor to books on compensation and benefits including Elements of Sound Base Pay Administration (WorldatWork) and the Remuneration Handbook: International Edition, by Dr. Mark Bussin and Dr. Fermin Diez. 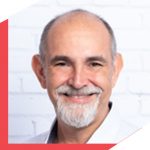 Fermin Diez has more than 30 years of experience in Human Resources which includes consulting corporate and academic roles in 40 countries in all continents.

As a Consultant, he has advised major multinationals, large local companies and public sector organizations at the Board and C-Suite levels. He has also managed the P&L in several geographical locations and businesses.

As an HR leader, he has been an HR Regional Head for two large MNCs in AsiaPac and in Latin America.

He is currently an Adjunct Professor at SMU and NTU and co-author of two books: Human Capital or Global Business Strategy and Remuneration Handbook - International Version. Fermin has also previously taught Business Policy and Strategic Planning. He has been teaching WorldatWork courses for more than 10 years in the US, Puerto Rico, Australia, the UK, Malaysia, India, Singapore, and Hong Kong. 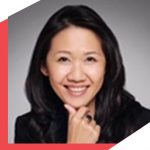 Lynette stays ahead of the industry trends, embracing and enabling big changes to deliver impactful and sustainable human capital outcomes. Her experience, functional expertise, and forward-thinking attitude compelled her to drive HR as an integrated, holistic function that impacts businesses and its talent from all angles, underpinned by data and technology.

And now, leveraging on the advancement of technology and harnessing the power of data, she is pivoting her corporate knowledge and years of deep functional experience to bring a pragmatic and integrated HR approach to cracking the talent code for companies. 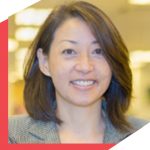 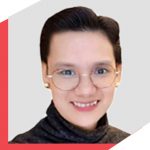 With more than 25 years of Human Resource Leadership practice from various industries, locally, regionally, and globally - Michelle has seen great opportunities and potential to uplift the Philippines through People Development. This drives her passion and personal vision to be a catalyst in furthering the landscape of People Management practice in the country.

Accorded in 2018 as Fellow in People Management (FPM) by the Philippine Society of Fellows; CHRO Asia, also gave her a citation as one of the 2014 Global 100 Most Talented HR Leaders and as one of the 2015 Top 100 Influential HR Leaders in Asia.  She also served the HR profession as the President of the People Management Association of the Philippines (PMAP) in 2018 and today, a member of PMAP’s Council of Presidential Advisers. 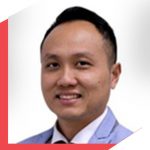 Yong Fei leads the Willis Towers Watson’s Executive Compensation practice for South Asia and is currently based out of their Singapore office. He advises Board of Directors and Top Executives on compensation matters. His clients are Listed companies, Government-linked companies and Family owned entities in multiple industries across the South Asia region focusing on:
- Board of Directors Remuneration and Executive Compensation
- Design, calibration, and implementation of Short-Term and Long-Term Incentive Plans
including unique plans like Pre-IPO incentive plans, Economic Value Added (EVA) profit
sharing plan, Carried Interest Plan, Phantom Share Plan etc

His more recent work experience include design and implementation of long-term incentive plans for Malaysian, Indonesian, Philippine and Thai conglomerates focusing on implementation for subsidiaries and overseas employees across the Asia Pacific region. 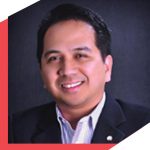 Eric has been in the practice of human resource management, organizational development and strategic HR for over 20 years. He is a DDI certified facilitator for Interaction Management and an Administrator for Targeted Selection. He has attended various HR and business conferences in Asia, Japan, Australia and the US and has facilitated too.

Currently, Eric is the country head of Human Resources of Nissan Philippines, a 50B company and the leading automotive brand in the world. He has been with Nissan for over 4 years and has been recognized for his efforts in acceleration program for key talents, strategic rewards and retention, and executive talent acquisition. His efforts in key talent development has been hailed as a benchmark program in Nissan Asia & Oceania. In 2017, he was honored with a distinction as President's Innovation Awardee. 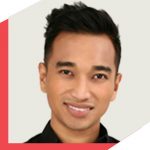 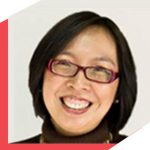 Susan is Practice Leader for Health and Group Benefits (HGB) of Willis Towers Watson. She joined the firm in October 2013 and started the HGB practice for legacy Towers Watson, bringing with her close to three decades of experience in Employee Benefits broking and consulting.

Prior to joining legacy Towers Watson, Susan served as Partner, Senior Consultant and Director for one of the largest local broking firms. She handled projects on strategic corporate health care planning, benefit review and design, funding advice, benefit communication, placement of insured programs, establishment and review of self-insured programs and third party administered plans, and managed care review. She accounted for over 80% of the business in that firm. 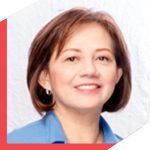 Beth is currently a Fellow in Personnel Management (FPM)  with 38 years of experience in Human Resource Management. She has gone thru all functional areas in HR with Organizational Development and Compensation as her areas of expertise.

Before joining the FPH family, she was Vice-President for Corporate Human Resource of Roxas Holdings Inc. and all its subsidiaries, and Head, Center for Excellence of Globe Telecommunications, Inc. She was also the Vice-President, Organization and People Development and Cluster HR Manager for Corporate Service Unit in San Miguel Corporation where she spent 20 years  her professional career.

Discover Trends, Strategies, and Best Practices. Learn together with Global and Country Experts! 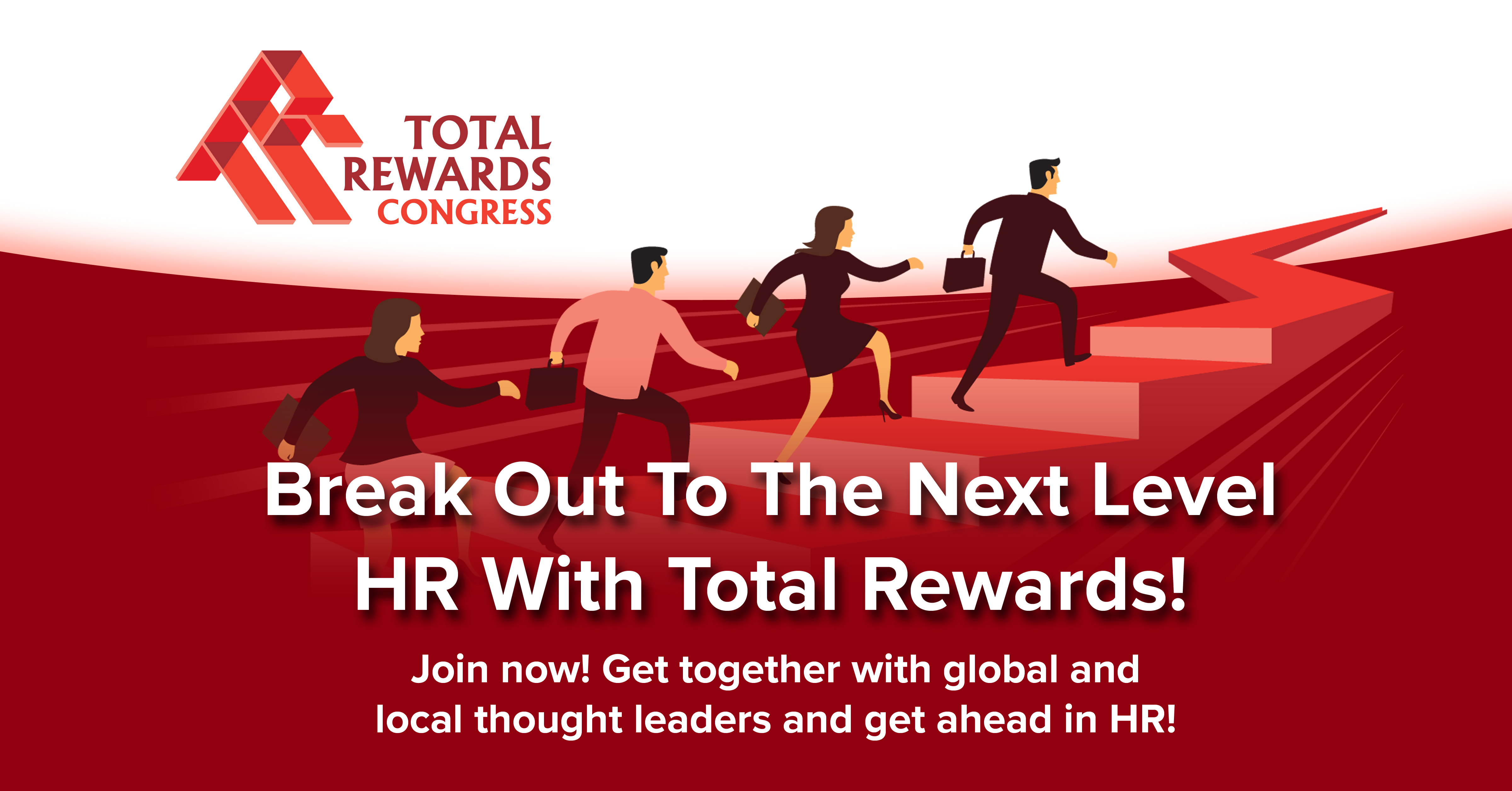